Excite Creative Studios is a female-founded and female-led full-service creative agency with proven specialties — making us a one-stop shop for our clients. We got our start in Atlanta in 1998 when an self-proclaimed geek girl, who was in eighth-grade at the time, first realized her passion for programming and design. That geek girl, Emma Loggins Sprinkle, continues to lead our team today! 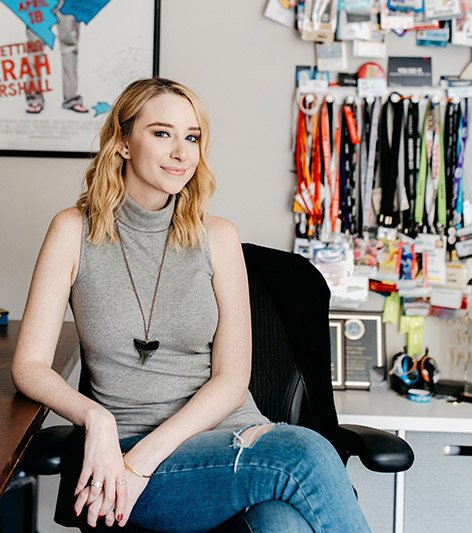 As a creative and digital marketing visionary who started Excite in 1998 at the age of 14, Emma has over two decades of strategic experience in working with B2B and B2C businesses in a wide variety of industries, including Technology, Entertainment, Healthcare, Education, Hospitality, Business Services, and Consumer Goods.

She has a Bachelor of Arts degree in Multimedia and Web Design from the Art Institute of Pittsburgh, where she graduated with a 4.0 GPA and received the “Best in Show” award for her field. She also has a Master of Fine Arts degree in Computer Arts and New Media from the Academy of Art in San Francisco.

Emma is also the Founder and Editor in Chief of FanBolt.com where she is positioned as an expert on geek culture – from film and television to fan conventions and travel. Through the site and her social media, she also works as an influencer on sponsored campaigns for brands such as Warner Brothers, Universal, Autotrader, Visit Scotland, AT&T, Target, Coca-Cola, and more.

She has spoken on panels at SXSW, Dragon Con, and TAG, as well as been a contributing writer for CNN’s Geek Out Blog. Emma launched an additional brand in 2016, Women’s Business Daily, which is a website targeted at motivating and inspiring millennial female entrepreneurs.

In 2016, she was named one of the top tech leaders in Atlanta to follow, and (still one of her proudest accomplishments) she was the Valedictorian of her graduating class in 2002.